12 free things to do and see in Copenhagen
Five of the cheapest places to go drinking in Stockholm
Typical Food to eat in Chiang Mai, Thailand
10 Things you can't miss in Amsterdam
102 Ways to Tell if You're Stuck in the 80's
11 Questions about hostels that you've been too embarrassed to ask
2 days in Sydney
24 hours in Oslo
3 cheapest party-hostels in London
3 city-views to do not miss in Split

10 things to see in Florence 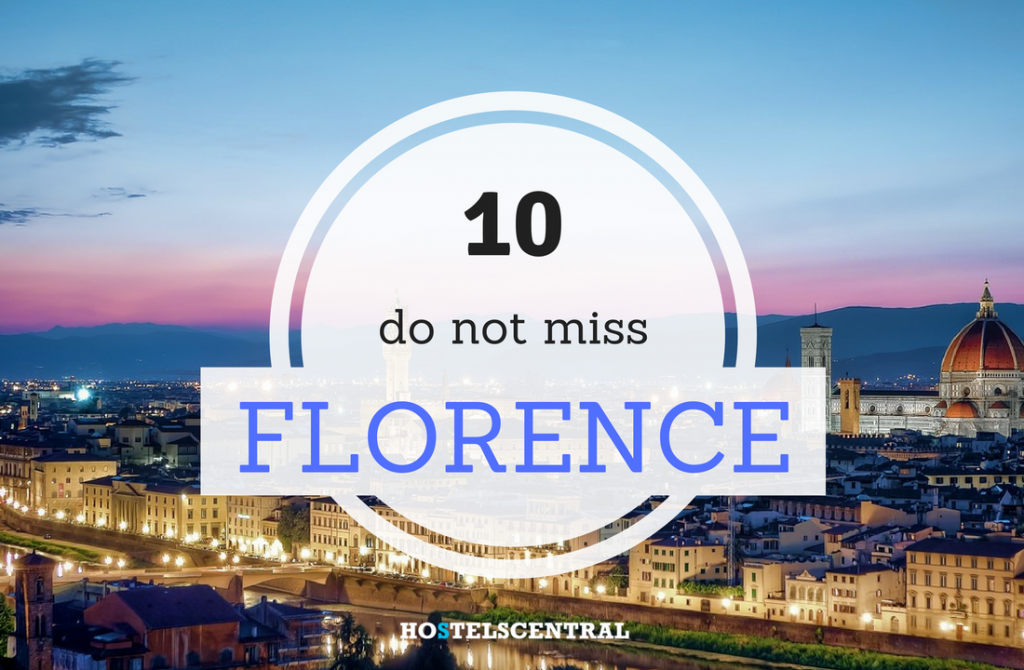 Popular destination and we shouldn't even surprise, on the other hand is one of the I Italy's jewels, which, in addition to having a glorious past in the history, today shows a considerable artistic heritage, which can be admired even just walking through its narrow streets.

Find accommodation in Florence, where don not spend too much money is not difficult, the Wow Florence is a brand new, colorful hostel, suitable for all ages, otherwise you can think at the YHA Hostel of Florence Villa Camerata or even to Hostel Santa Monaca, built in a former convent of 1400.

What to see in Florence? Probably a week wouldn't be enough to see everything, but we try to list the 10 things to do in Florence that can't be missed! 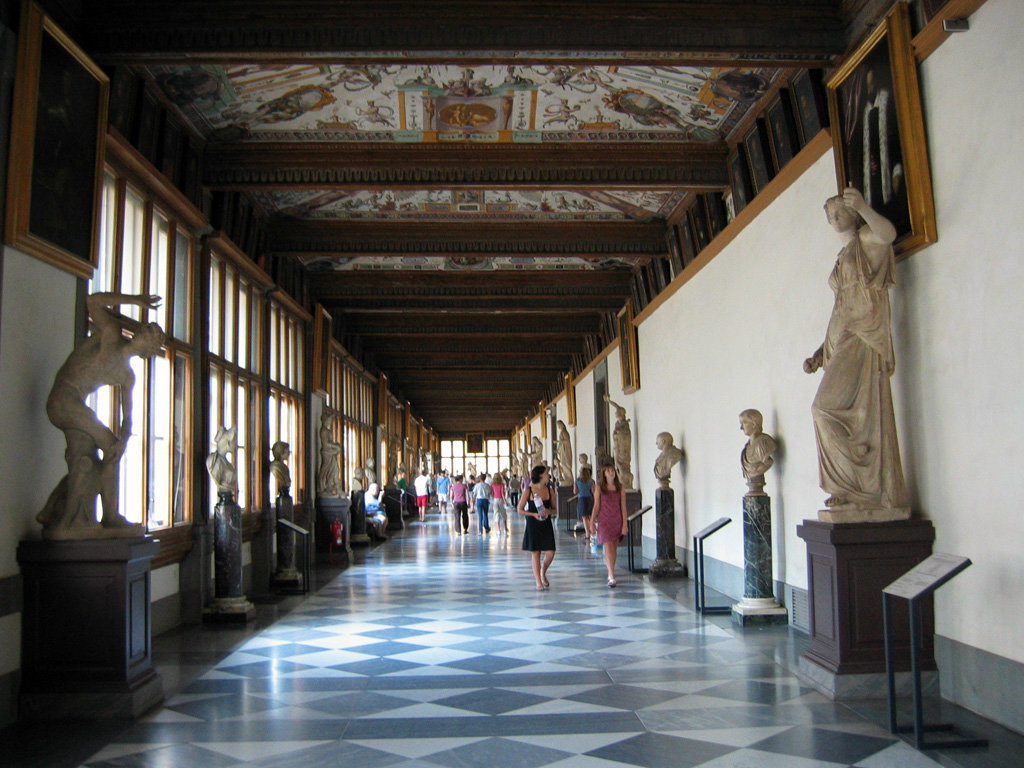 Impossible to miss them, but try to carve out a few hours because to see all that it's kept inside the building takes time, the alternative is to establish a route that joints within a single theme. Ah, do not make the mistake of get in just to watch the Venus by Botticelli! 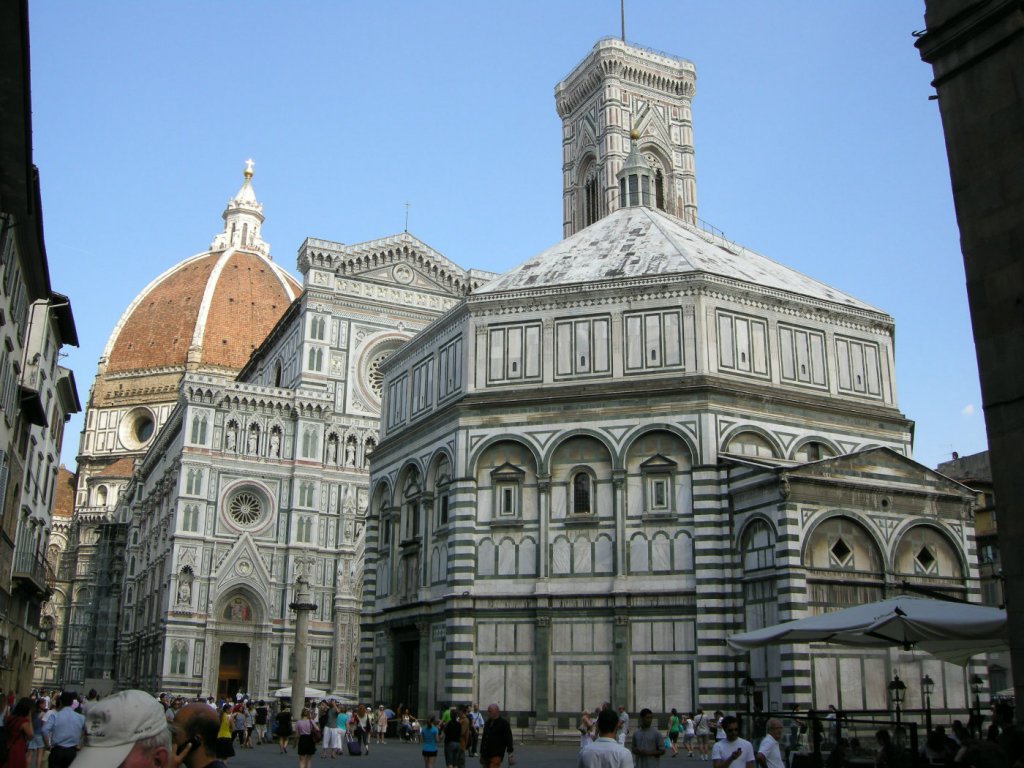 Both wonderful, right away the impact is shocking from the outside, but once you enter inside them you'll feel immersed in a Florence of of yesteryear, which is still strong and alive in the Florentines heart.

Headquarters of the city municipality, a wonderful example of eighteenth-century architecture. Time ago the building, called Priors, was the the Signoria's Headquarters, or the city council. Climb the tower and enjoy Florence from above. 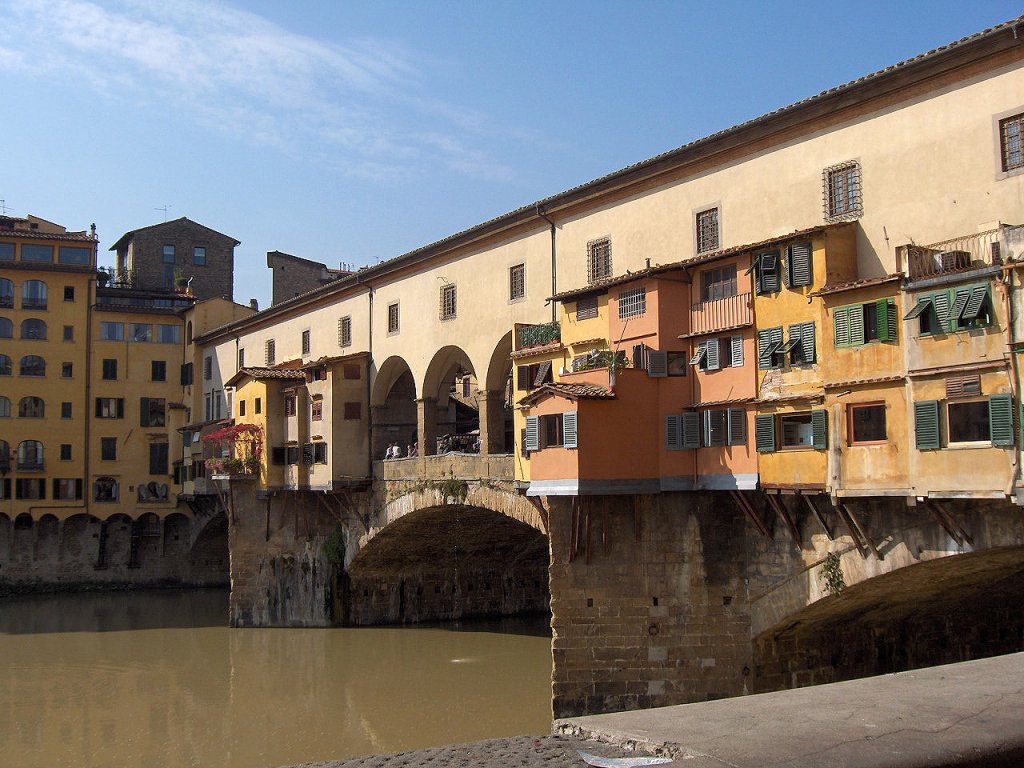 It's known everywhere and if you are going to buy you a jewel, this is the right place. Above the stores winds the Vasari Corridor, which a visit is definitely worth. Walk and stop to watch the Arno from here. 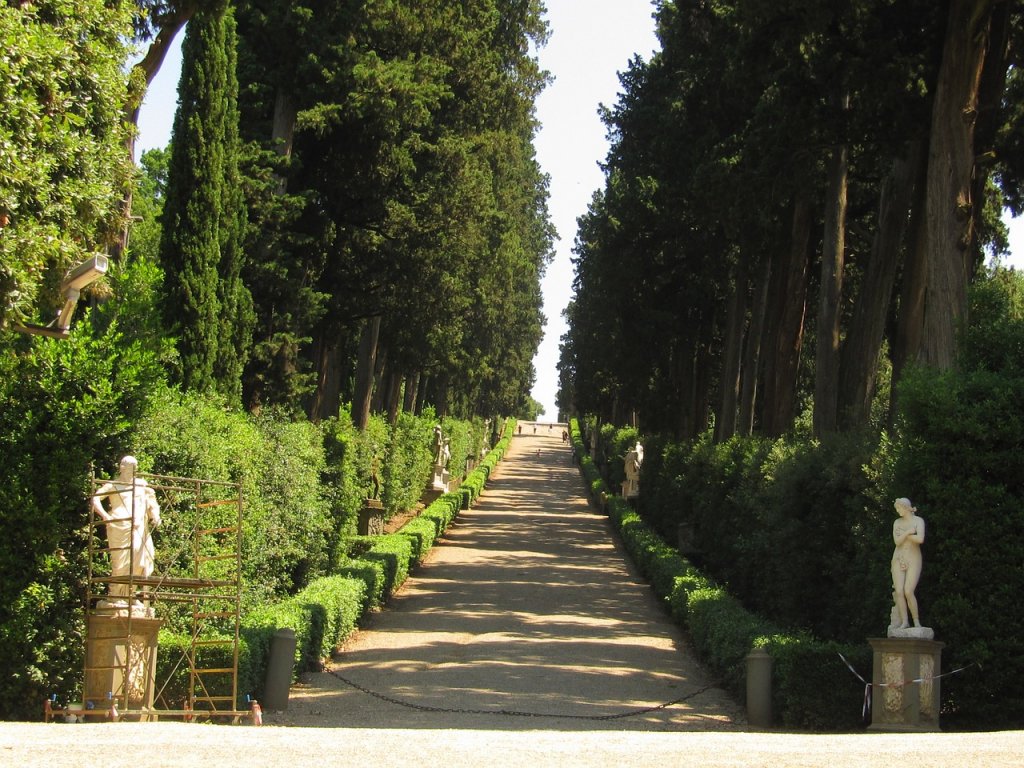 Immense and to lose your head, both the palace and the garden, but if you're planning a romantic stroll, this is definitely the place to do it. 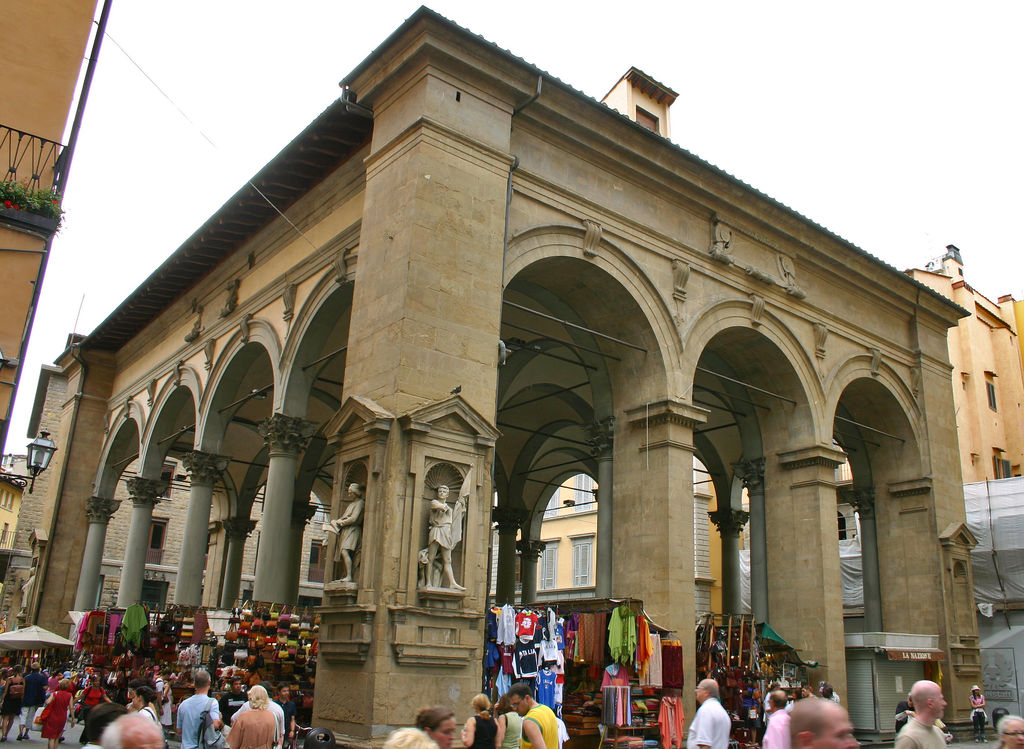 Famous for the pig that if touched is said to bring you luck, here you can eat the best tripe sandwich of Florence. Get lost among the stolls, and talk with people!

Beautiful and a short walk from the train station that bears its name, an unmistakable style. A must!

Not exactly a must, since it is not exactly the real one, but at least you have an idea of where he lived, since his writings describe exactly that area. 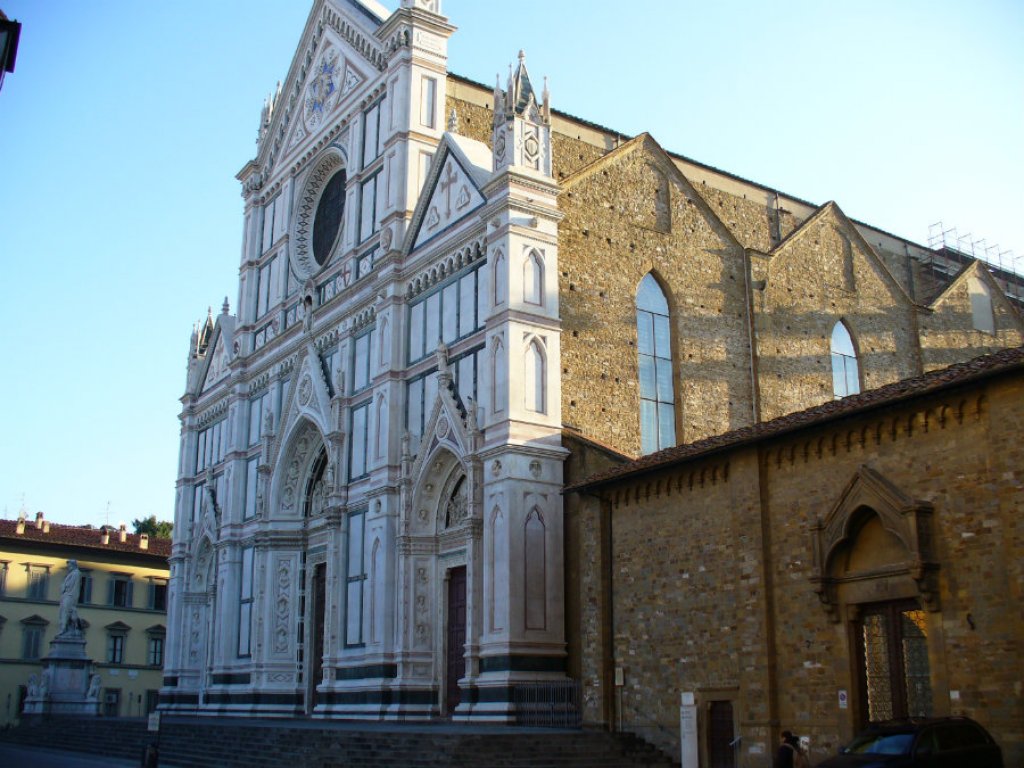 One of the greatest achievements in the Gothic style, as well as being one of the most impressive and big churches in the city. Inside there're the tombs of famous Tuscan and Florentine. 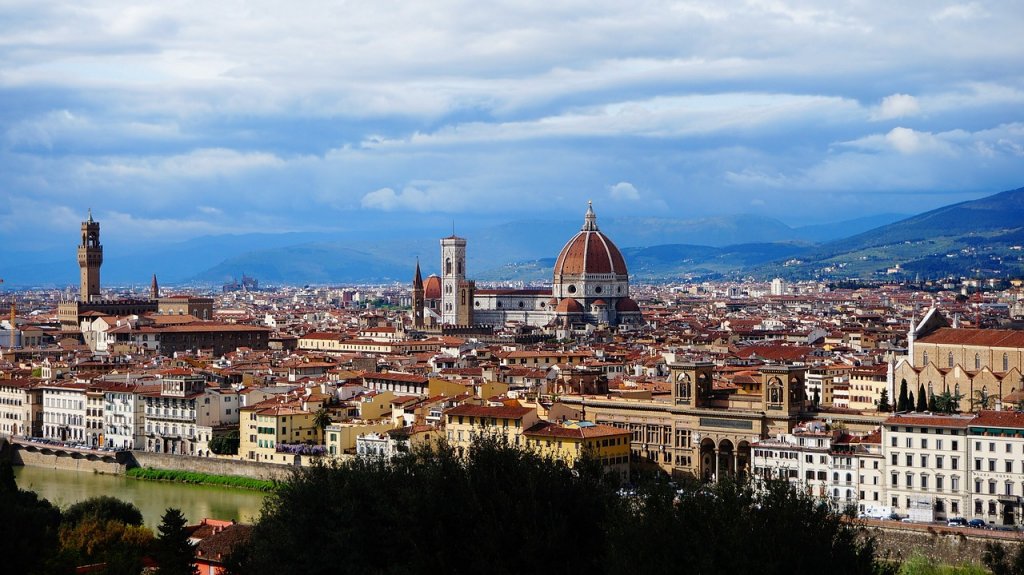 The climb, if done on foot, includes a series of strenuous steps, but the effort is then fulfilled by the view of the city that has no equal!