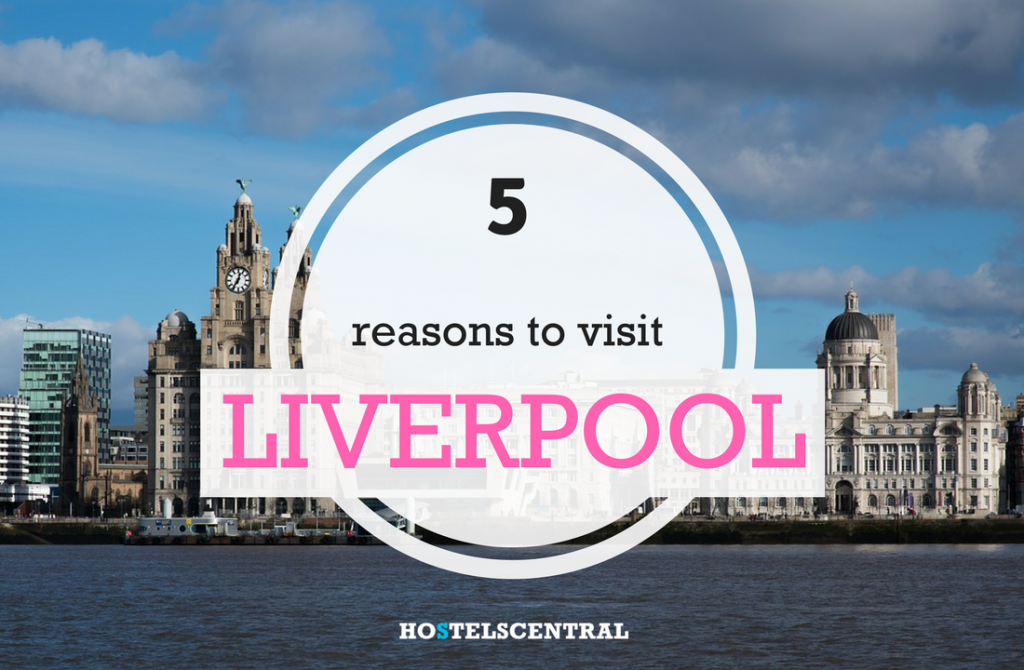 Are you still doubtful whether or not to travel to Liverpool? Well, do not think about it any more! Here you have 5 reasons to visit the city of museums, shopping, pubs, football ... and of The Beatles!
It is a city that is always lively and can be walked on foot.
Thanks to all the facilities and places it offers to tourists and visitors, Liverpool is one of the European cities ideal for a city break!

- The Three Graces of Liverpool: these are three impressive buildings that were built at the beginning of the twentieth century, they are the reflection of the splendor that this port city had during that time. Thanks to them, and to the statue of Pier Head, this area of ​​the city was declared a World Heritage Site. These three buildings are: the Liverpool Harbor building, used now as an offices building; the Royal Liver Building and the Cunard Building, the old headquarters of the shipping company. Do not forget to take a picture! 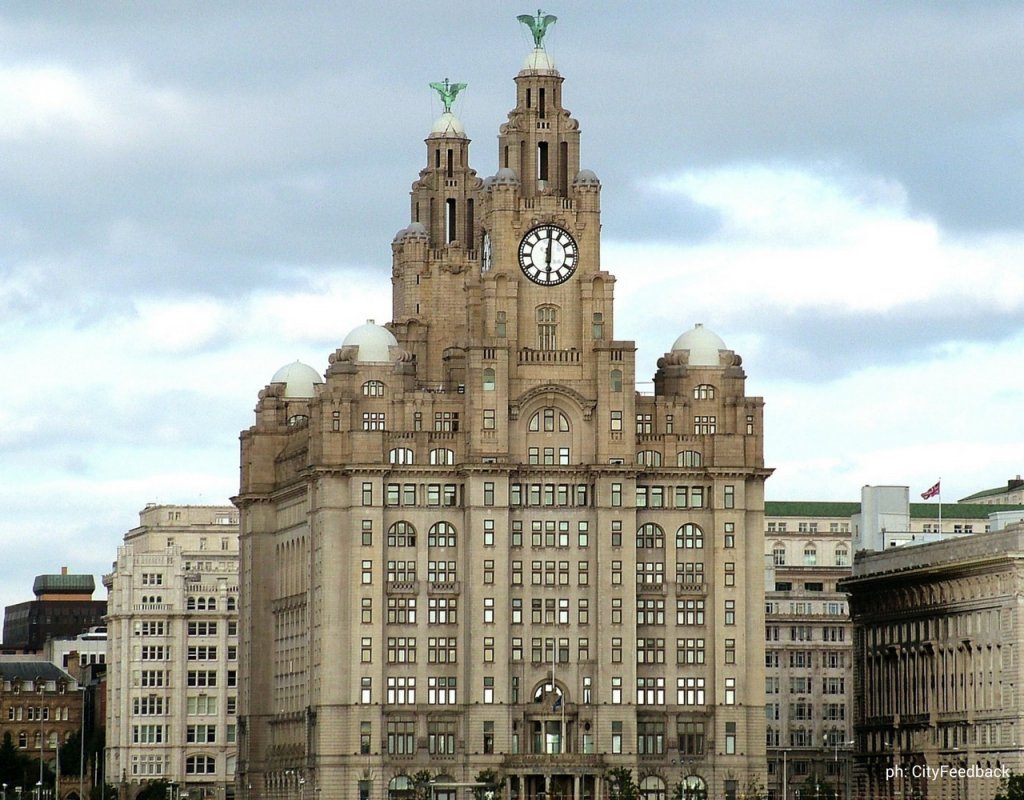 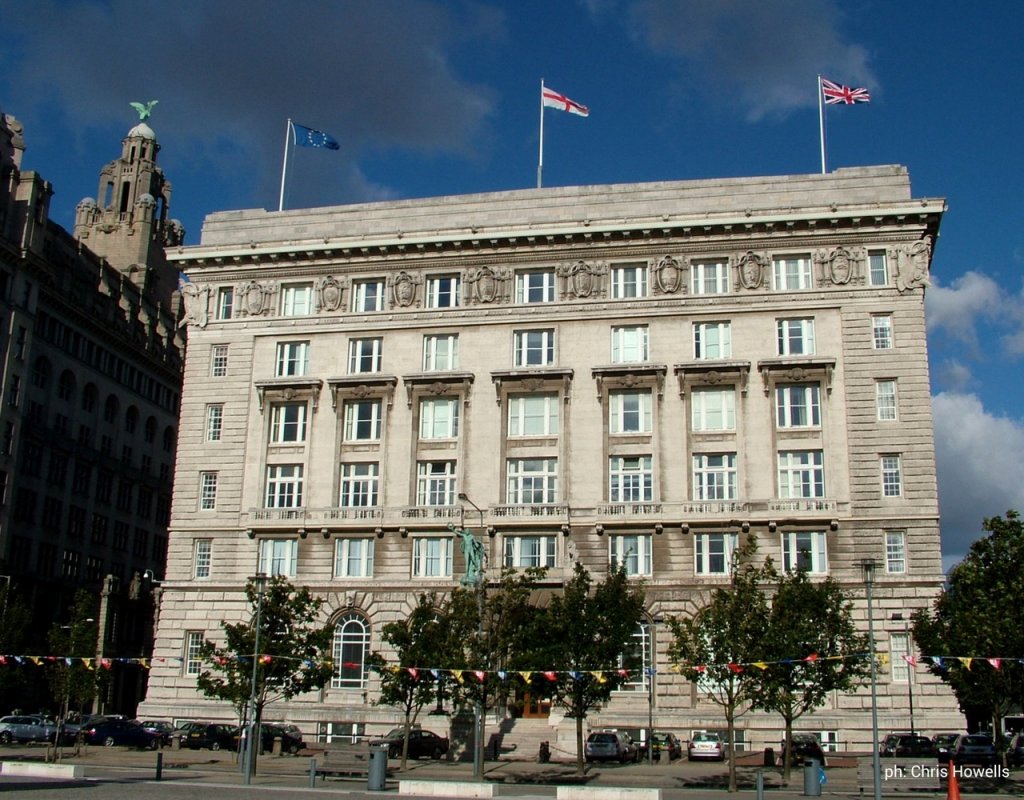 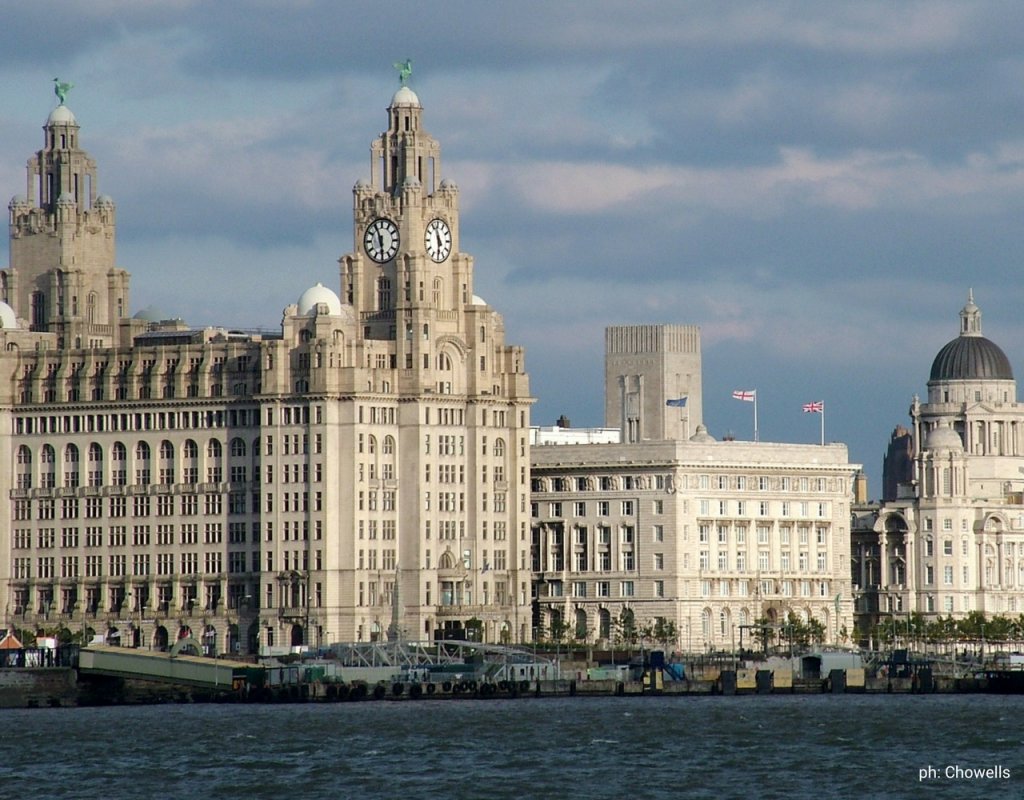 - Saint George's Hall: it is a neoclassical building, also declared a World Heritage Site. Currently, it is the seat of the City Courts, although there are also meeting rooms and concerts are offered.

- Albert Dock: it is the seafront of the city, is one of the symbols of Liverpool, for its structures, such as the old port warehouse, which was built in the nineteenth century with iron and brick; and the leisure offer, as shops, museums, a big Ferris wheel and restaurants. It was declared a World Heritage Site by UNESCO.

- Anglican Cathedral: it is a medieval classic construction with Gothic style, whose construction began in 1904 and did not end until 1978. It is a visit that you should definitely do, whether you like religious monuments or not. It will surprise you, as it has the tallest bell tower and the heaviest bell in the world. Its exterior made of red sandstone reflects a sober and serious aspect. 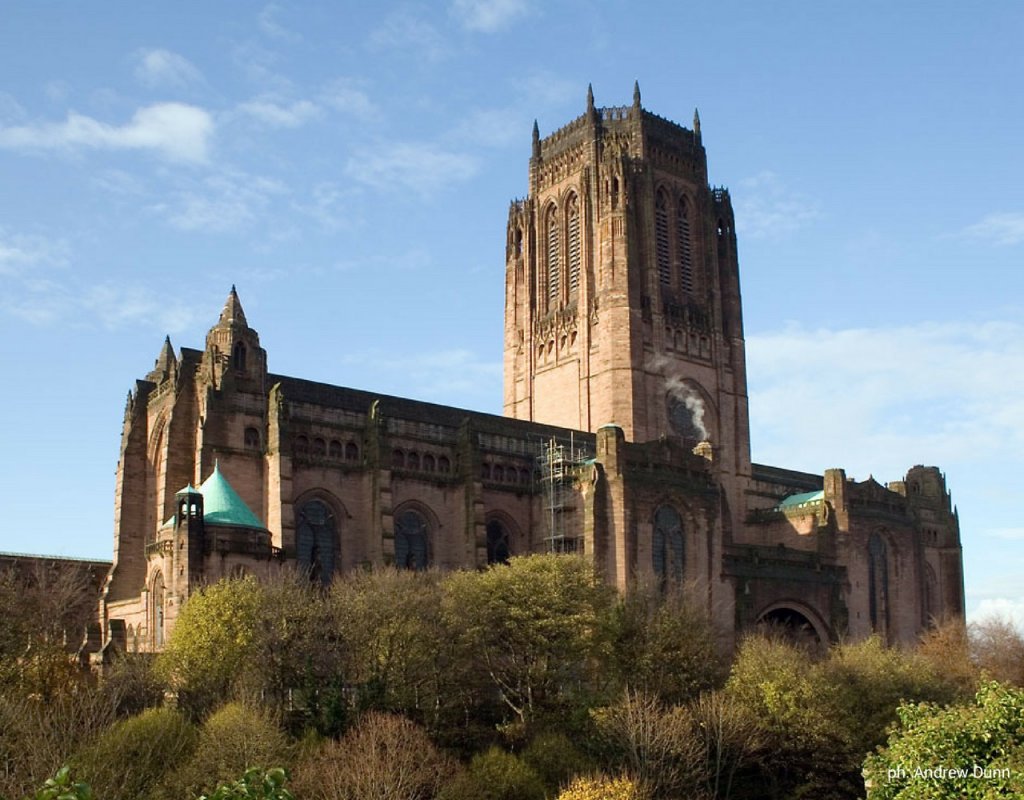 - Metropolitan Catholic Cathedral: also known as Cristo Rey Cathedral, has a modern and very innovative architecture. It has a circular shape and a capacity for more than 2000 parishioners. It is located near the Anglican Cathedral. 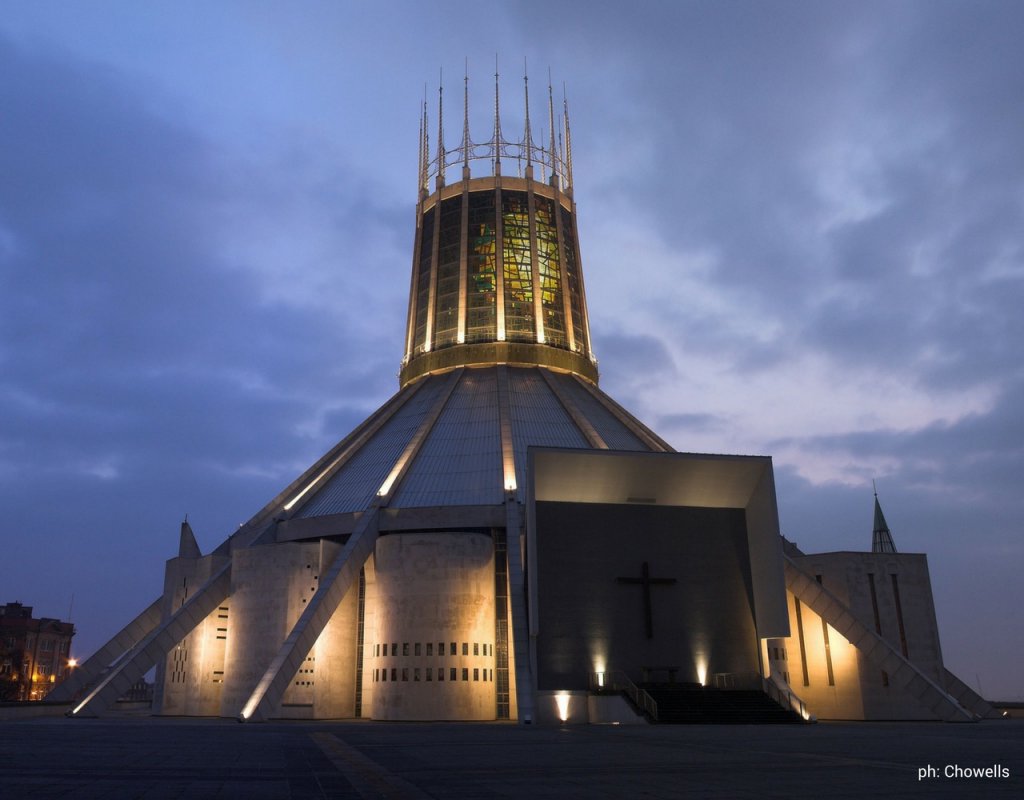 - Saint Lukes: this church was bombed during World War II, but you will not be able to realize it until you enter, since its facade is intact, it was its interior that was deteriorated and is now hollow. However, perhaps it is this fact that makes meaningful your visit.

The city of Liverpool offers a wide range of museums and galleries, so you can enjoy art, and almost all of them are free!

- Walker Art Gallery: offers temporary exhibitions and interesting works of art. There is also an area for children. Free entrance. 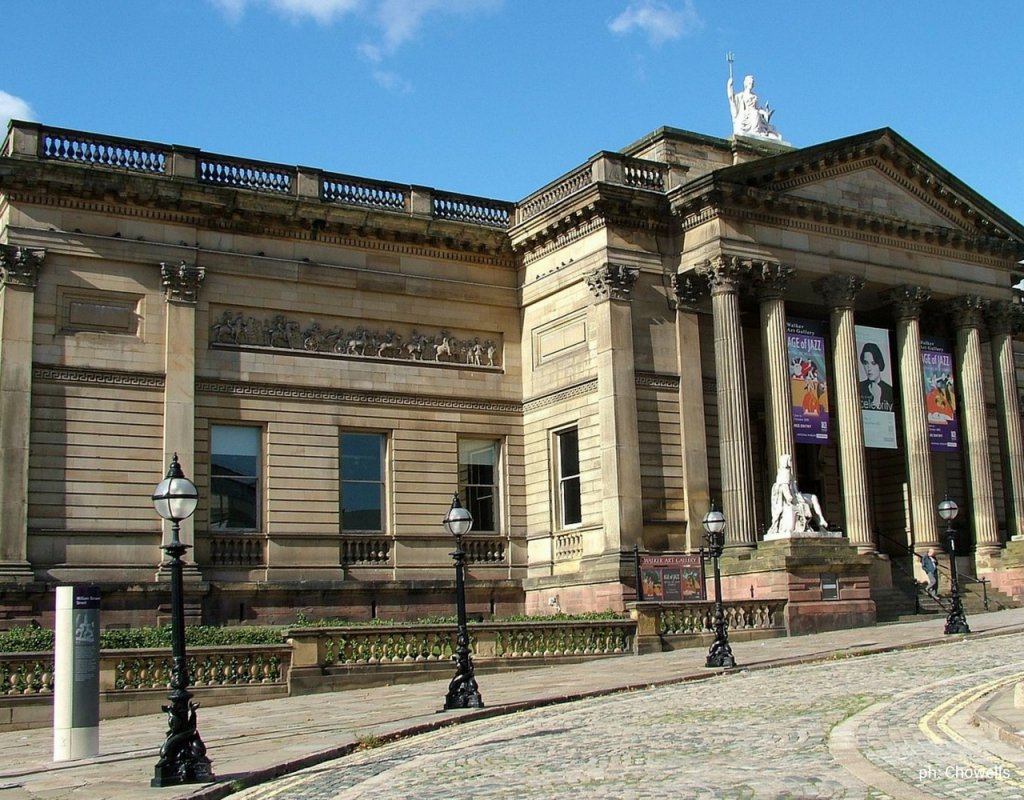 - Maritime Museum and Museum of slavery: these are two of the best in the city. While the first one offers a magnificent exhibition dedicated to the Titanic. The second shows a historical drama that the city underwent centuries ago, the slave trade. This is one of the few museums dedicated to this fact that exists in Europe. Free entrance. 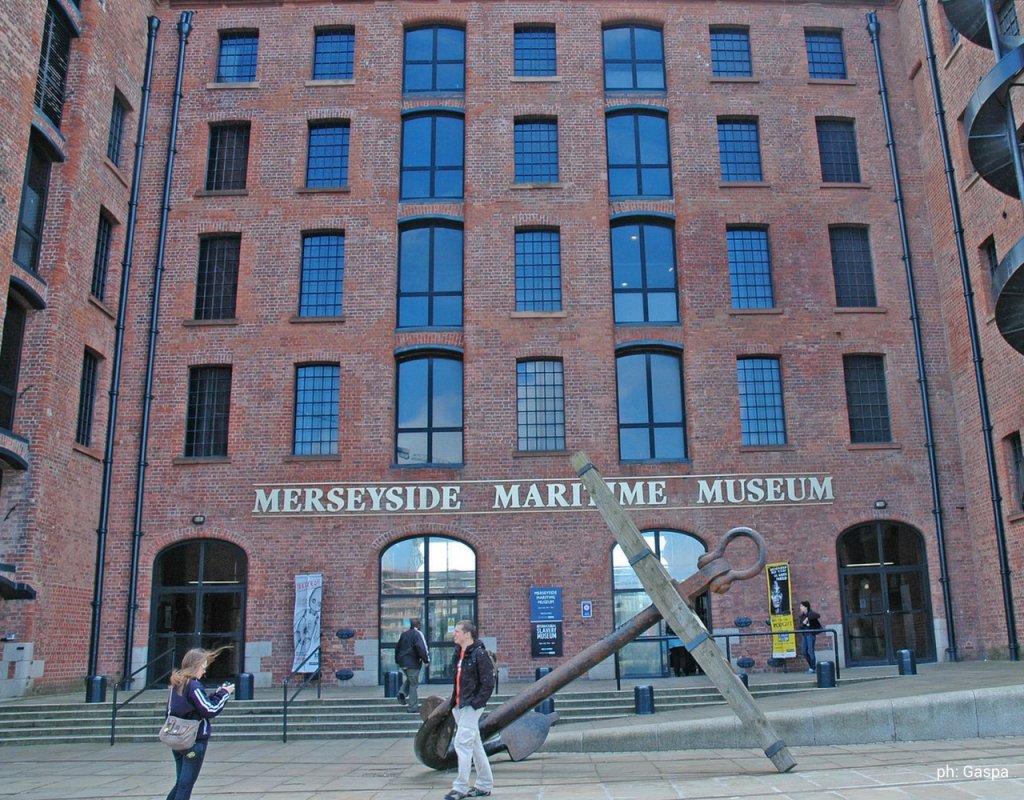 The city of Liverpool is full of streets to enjoy an afternoon of shopping, such as Church Street or Hannover Street. But, there are two huge malls located in the center of the city.

- Liverpool One: is one of the main leisure destinations. It has more than 170 shops, restaurants, bars and leisure areas. It is an outdoor complex. 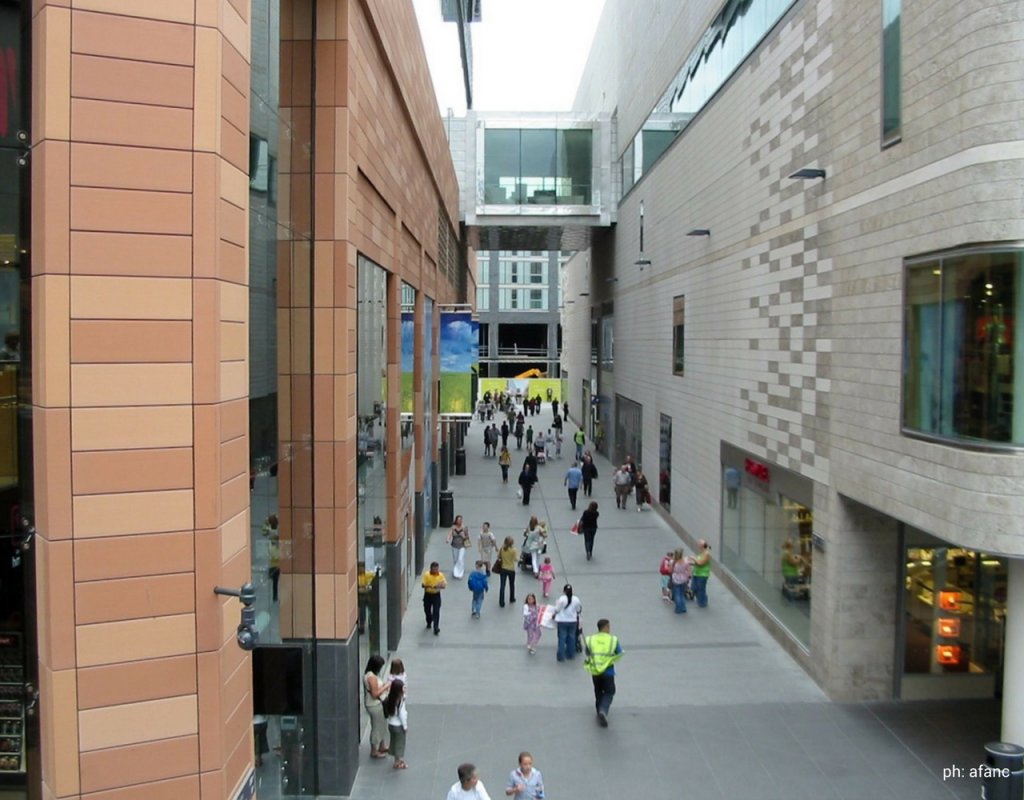 - Saint Johns Shopping Center: is the largest indoor shopping center in the city. It has more than 100 stores.

And of course, they could not be missed in our list of reasons!

- Museum of The Beatles: this is the museum entirely dedicated to the mythical quartet. In the Museum you will be able to admire the artistic career of the group through their instruments, some of their belongings and photos. If you are a fan of them, you can not miss this visit, even if this is one of the few payment museums in the city. Admission costs £ 14.95. 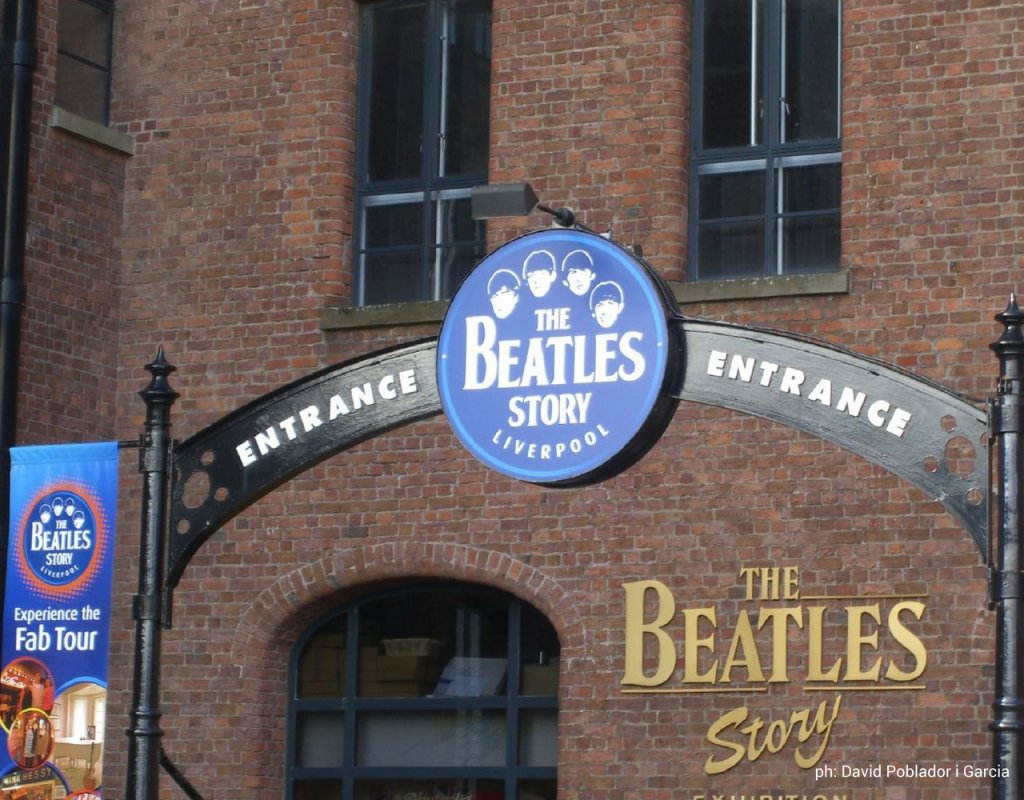 - The Beatles Tour: if you have already seen the Museum, but you are even more curious, you could do the tour organized by many companies, to visit the most representative places of the band's career. Some of the major sites are: Penny Lane, Strawerry Fields, The Cavern or Eleonor Rigby or John Lennon Statues.

- The Cavern Club: this is the mythical venue where The Beatles played as a resident band a total of 292 times before becoming famous. Nowadays it is daily visited by a large number of tourists and music lovers to listen to local bands. The price of the ticket depends on the time and the concert you want to attend. 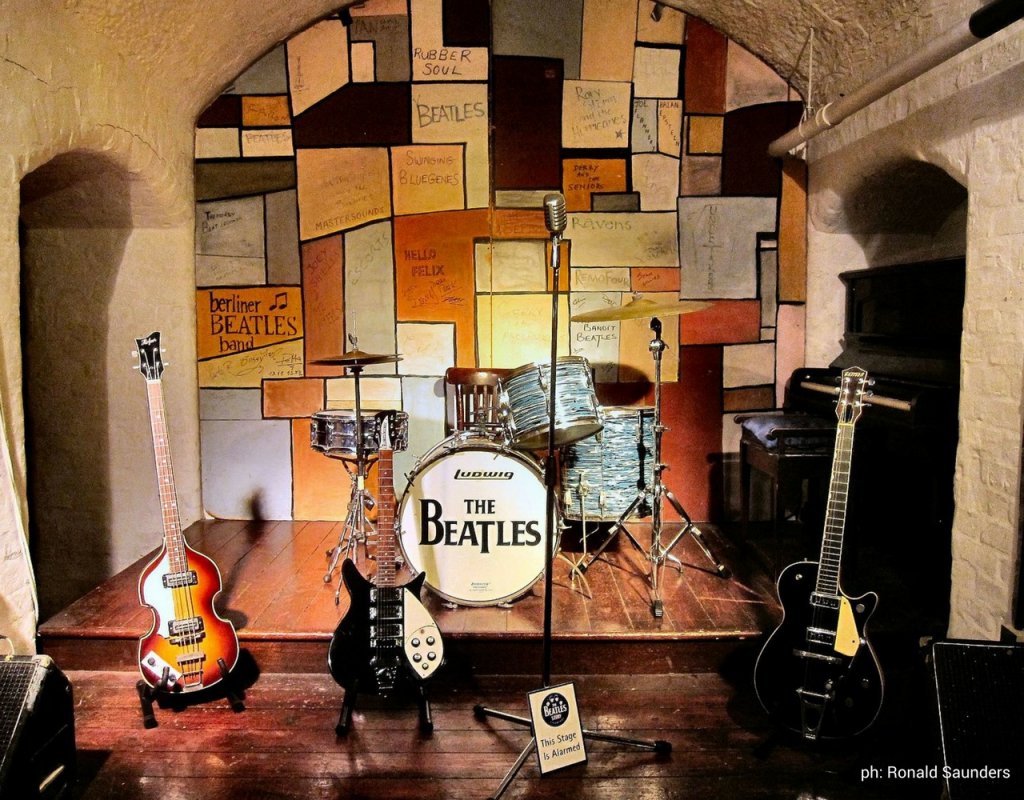 WHERE TO SLEEP IN LIVERPOOL

And now, since we have given you the reasons to visit Liverpool, it is time to look for accommodation!

Euro Hostel Liverpool: is the most central hostel in the city, is located a short distance from Mathew Street, where "The Cavern Club" is. And less than 30 seconds walk from Liverpool ONE, the huge shopping center.
John Lennon International Airport and Anfield Football Stadium are just 15 minutes by car. 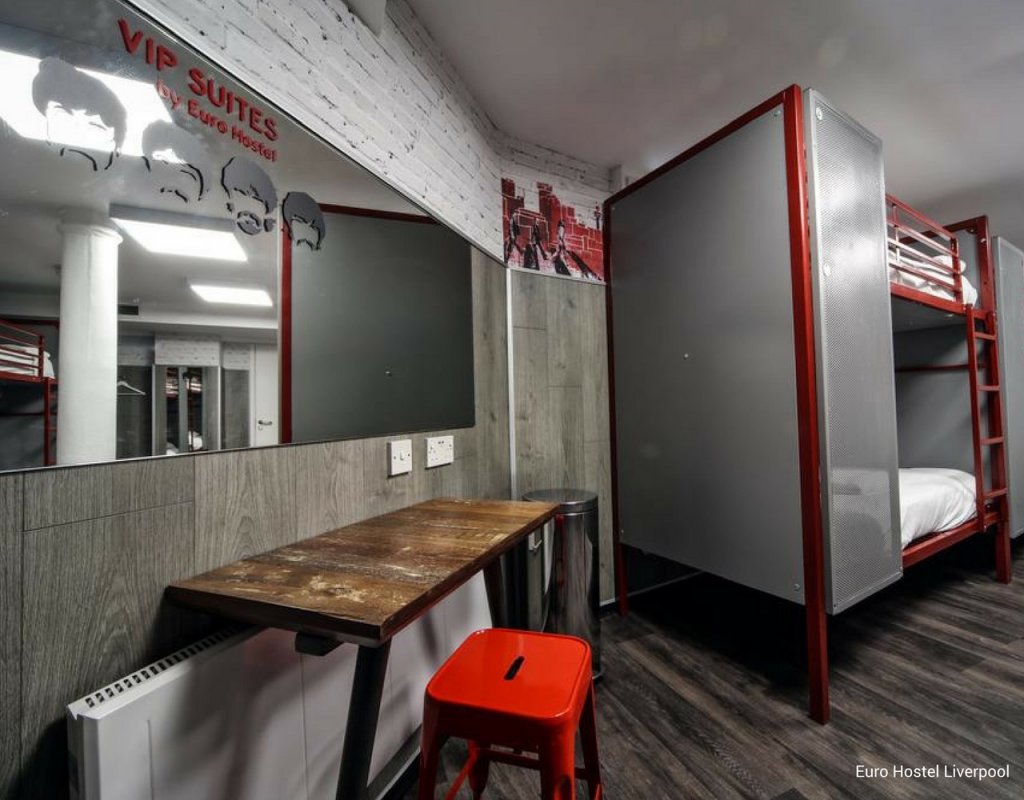 Anfield Road EURO Hostel: offers accommodation for backpackers in dorms. Guests can enjoy a large garden and a communal kitchen. The hostel is located within walking distance of Liverpool FC Stadium. The city center is also easily accessible. 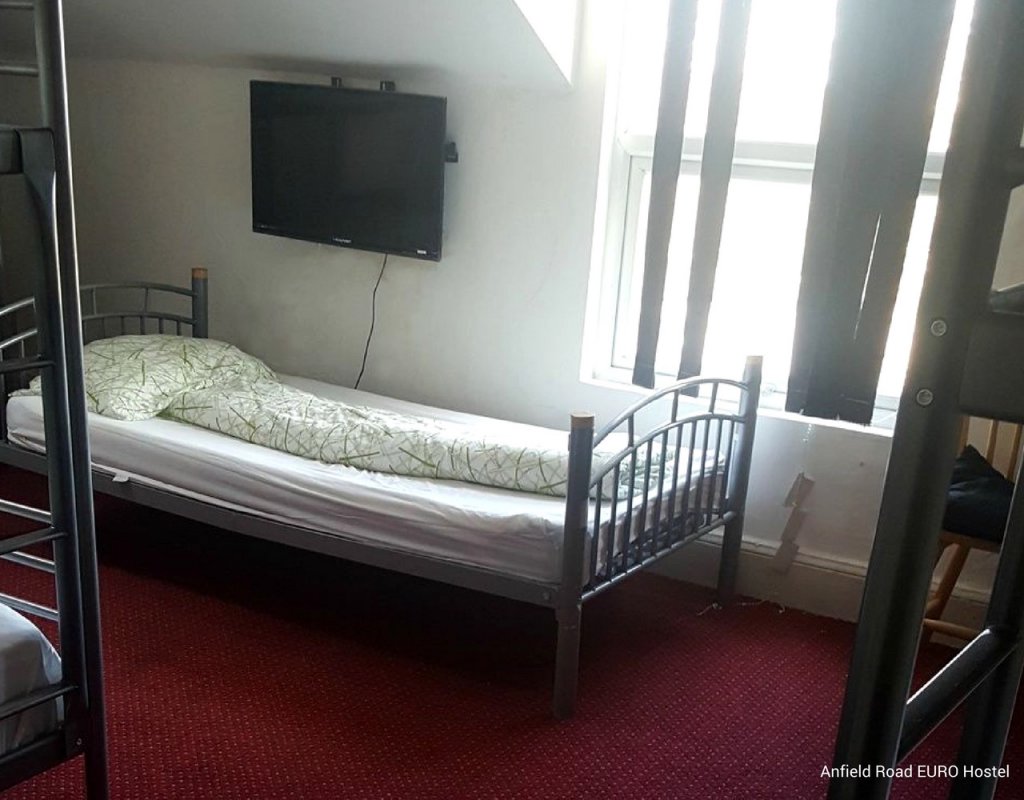