Different kinds of hostels (Hostels in the country, in the city, etc.)
Dorms vs. Private Rooms in hostels
Everything You Always Wanted to Know About Hostels (but were afraid to ask)
Frequently asked questions about hostels
History of the youth hostels movement
Hostels and Hotels: what to expect
Limits - restrictions in hostels
Other kinds of accommodation: B&B's - Campsites - Apartments - Guest Houses
Social life in hostels
What kind of equipment do I need to stay at hostels? 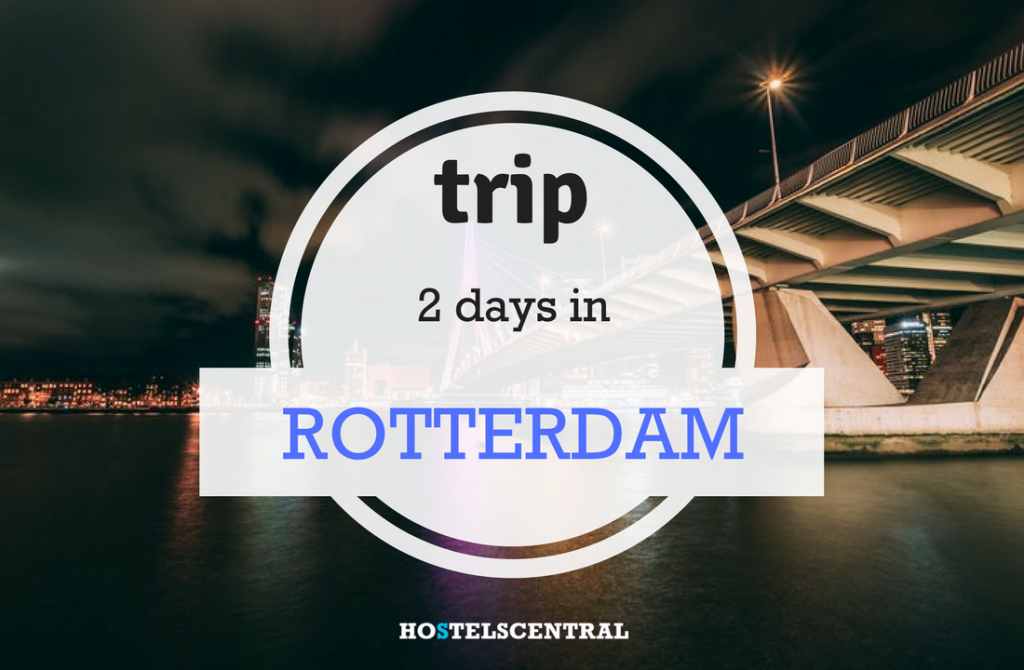 Do you want to know Rotterdam but just have two days? No problem! Here you have the perfect plan for you to no miss anything about this amaing city.

And, if after this mini-holidays you want to know more about The Netherlands, don't miss the best coffee shops of Amsterdam or the 5 reasons to visit Hague. 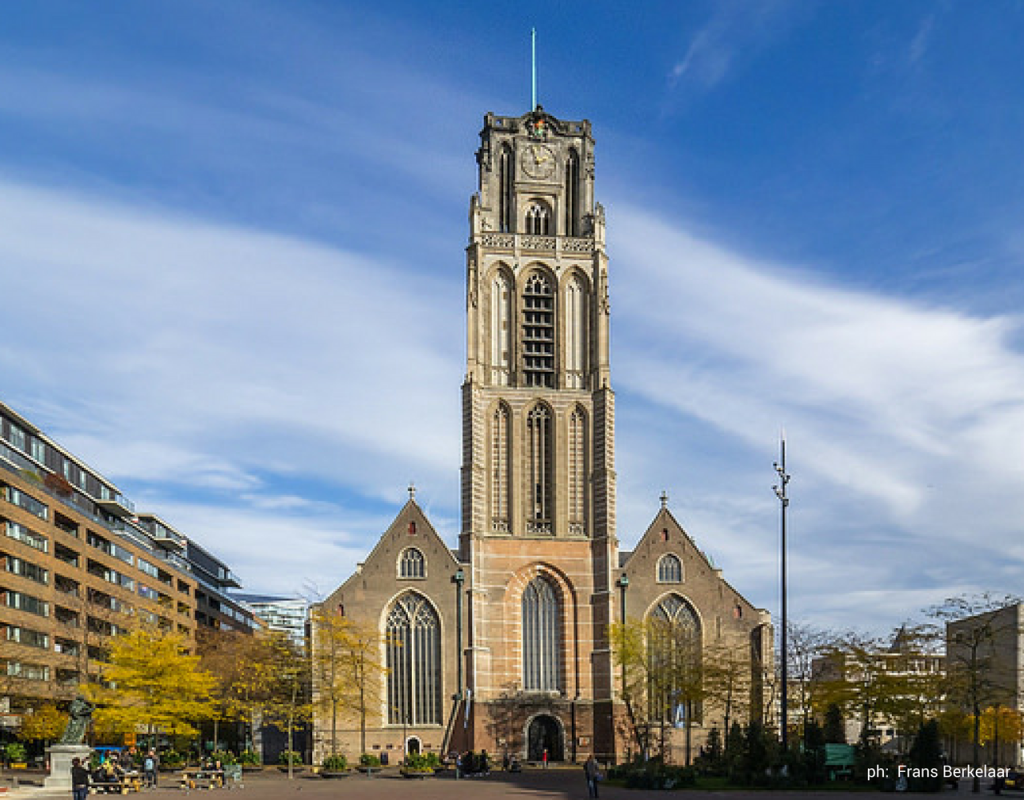 The old cathedral of Rotterdam is the only medivial architectonic piece that left nowdays in the city center. At 1940, the church suffered serious damages due to the bombings, but 12 years later, the people of Rotterdam decided to repair this example of late gothic art. 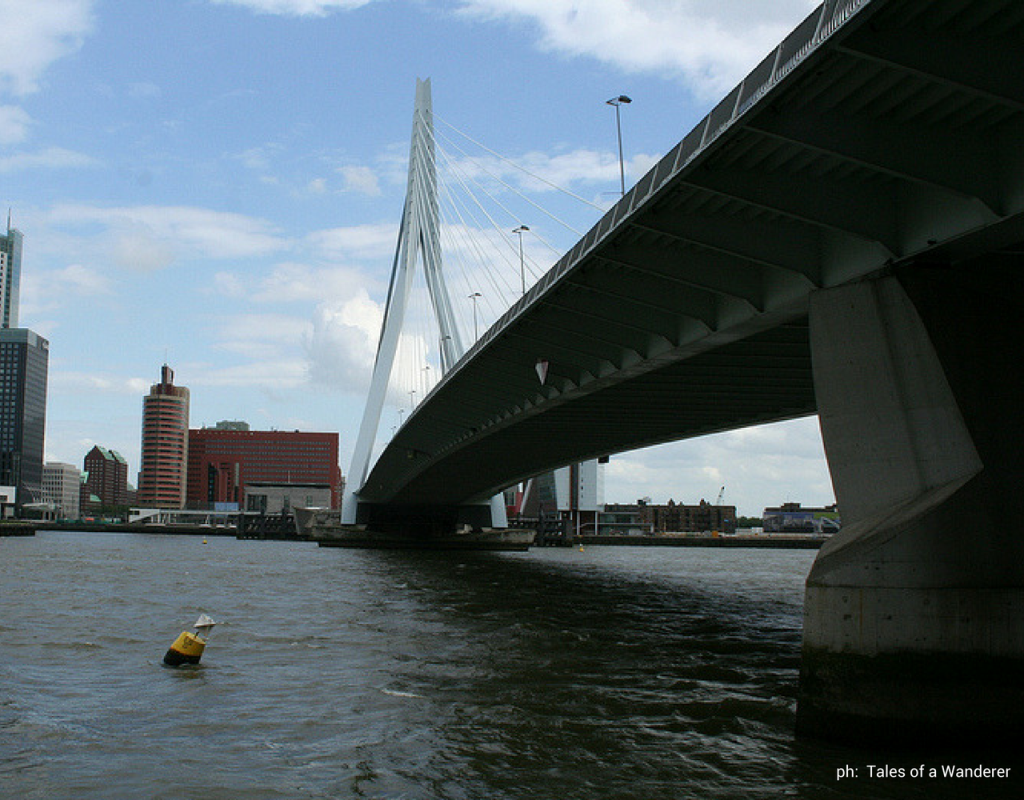 The impressive Erasmo bridge connects the north and the south of the city of Rotterdam, crossing the Nieuwe Maas, a tributary of the river Rin. This popular bridge has used as a stage for the Jackie Chan's film"Who I am?" and as a landscape for the DJ Tiësto's show"Tiësto @ The Bridge, Rotterdam". 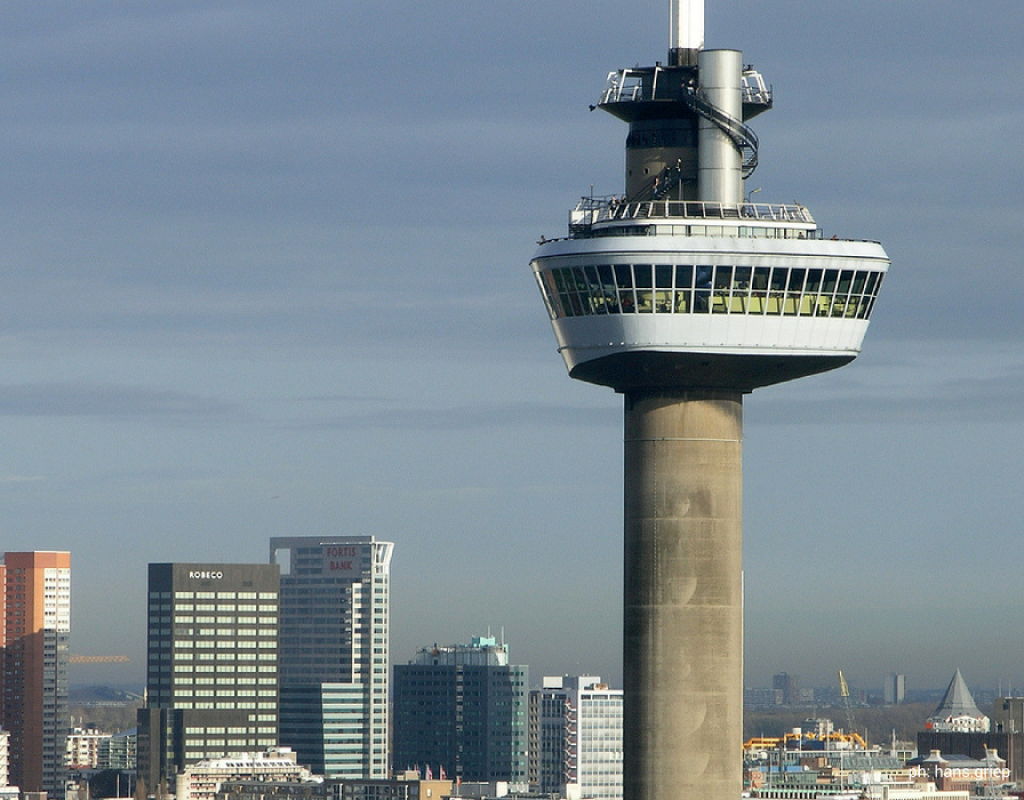 Nothing better for finish the day than wonder yourself with the views of Rotterdam, and the best place for that is the Euromast tower. A futuristic design of 185 metres high that was name national monumment in march of 2010. Is the highest tower open to the public of the whole Holland. From its panoramic terrace located at 101 metres from the ground, you will can enjoy an unbeatable landscape. 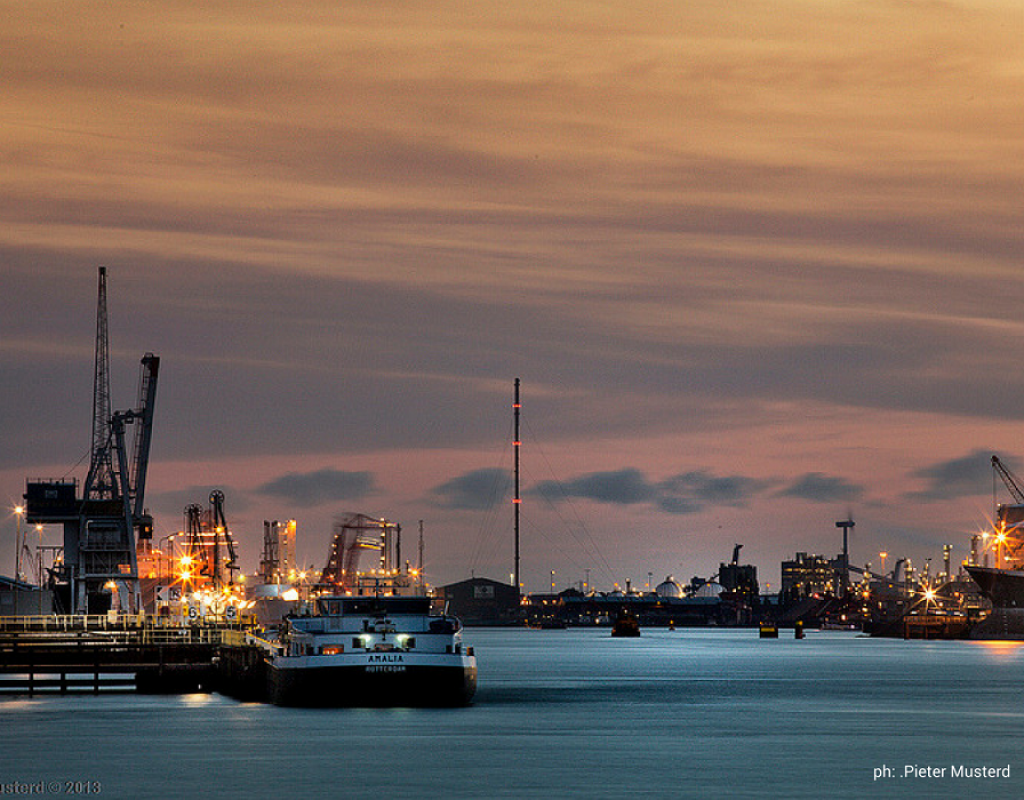 The one of Rotterdam is the biggest harbor of Europe and untill the year 2004 was the most active too, but it was beat for the Singapur and the Shangái harvors. Thanks to the Europoort, Rotterdam has a great comercial importance. We reccomend you discover it taking a guided boat tour, it leaves every 45 minutes and the largest route is about 75 minutes. 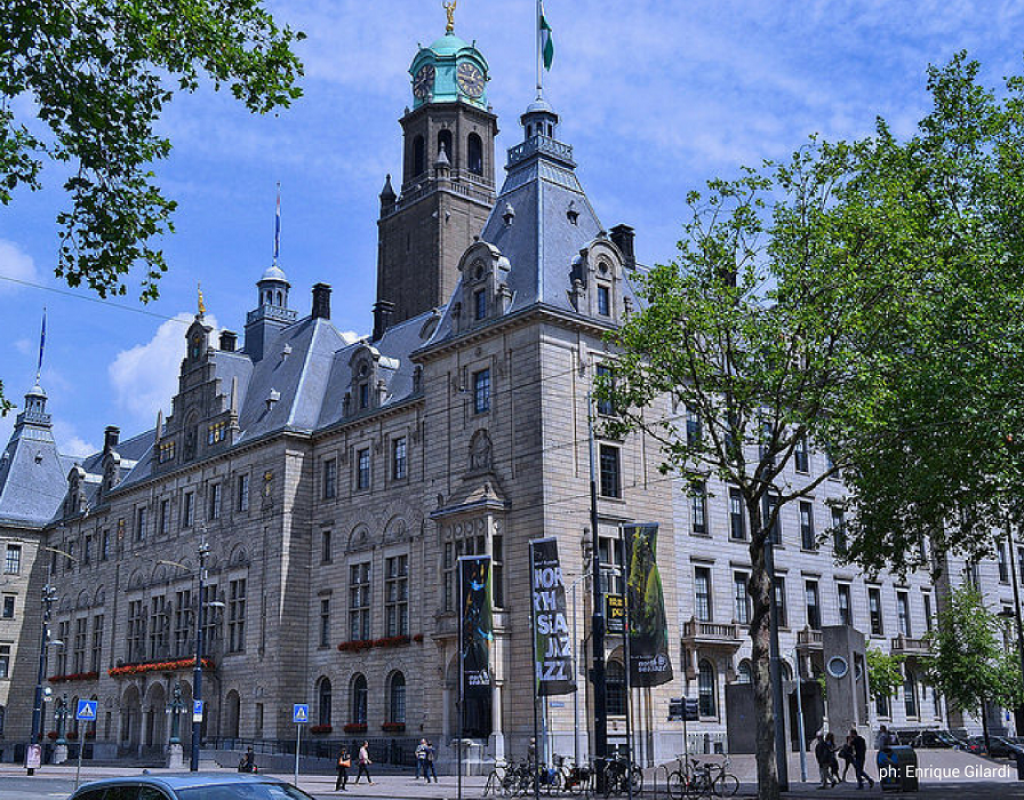 If you want to wonder yourself with the archittecture of Rotterdam, you must visit its cityhall, one of the few old buildings that left at the city center, a survivor of the bombs of 1940! Don't miss anything about its fontage, because its sculpture tells the history of its port city. 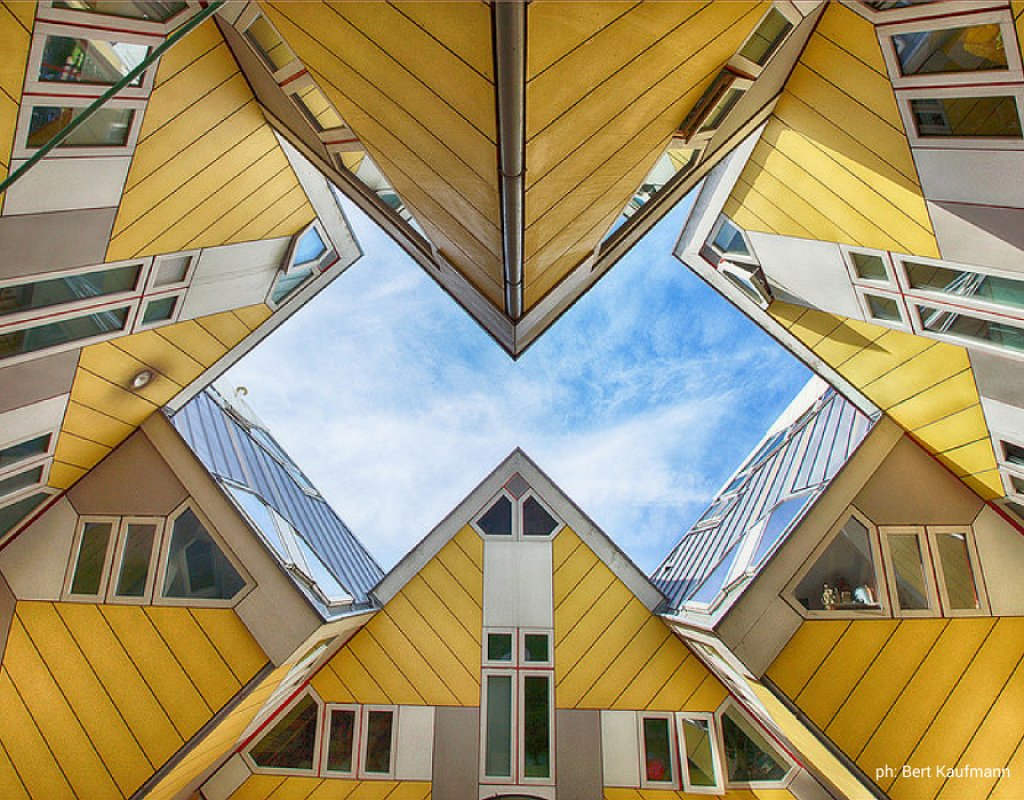 The msot curious thing about Rotterdam is surely these houses, one of the more emblematic atractions of the city. They were designed by the Dutch designer Piet Blom, an urbanization made of cubes tilted at 45 degrees. If you want to know more about this curious archittecture, visit the house museum Kijk-Kubus.

Where to stay in Rotterdam

Now that we have convinced you, there's just one thing left to reccommend you: the accommodation. Take a look at these hostels in Rotterdam!