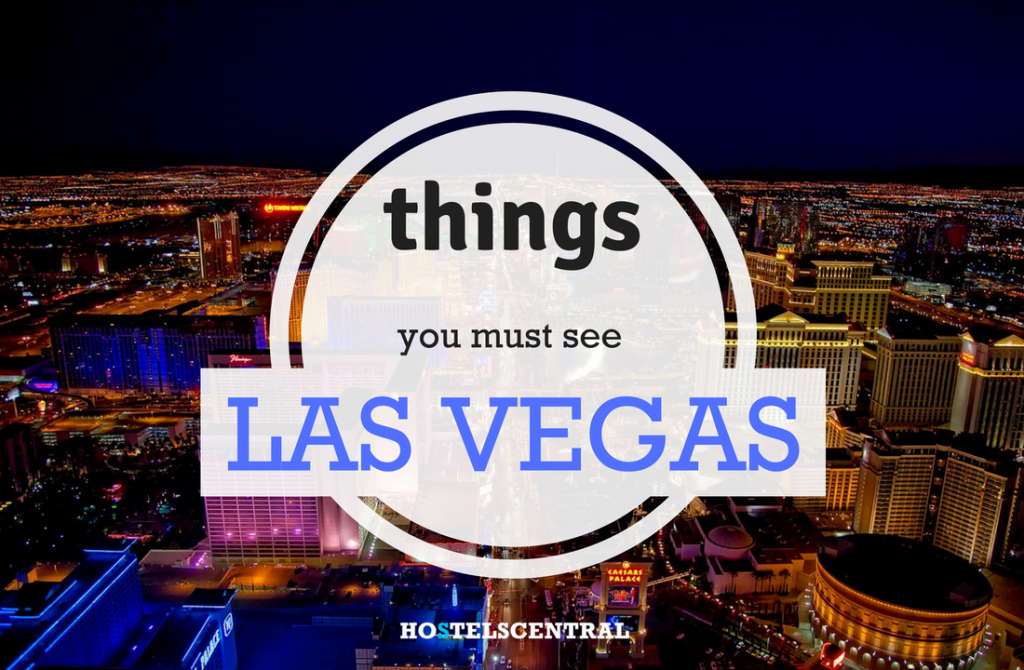 Las Vegas is a dream for many people, it represents a journey of excesses, a way to test your luck just for a night, but not only, because Las Vegas is not just casinos and gambling, but also shows, games of lights in the streets and theme hotels. You can go to Las Vegas without necessarily play roulette, but turning its streets and see what the man has created. Here are 5 things you can not miss in Las Vegas.

THE SHOW OF THE BELLAGIO FOUNTAINS 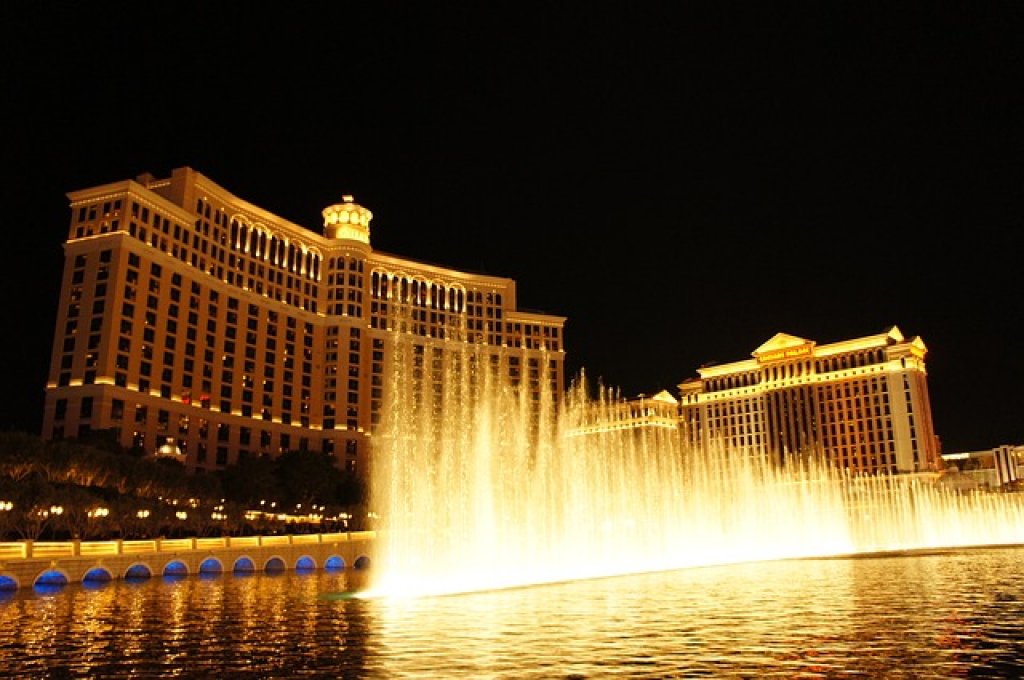 To the world, in addition to the spectacle of the Dubai fountains, is also known the one of Bellagio. A plant of about 50 million dollars, every day, comes to life and gives to the tourists really impressive lights, water and music shows. 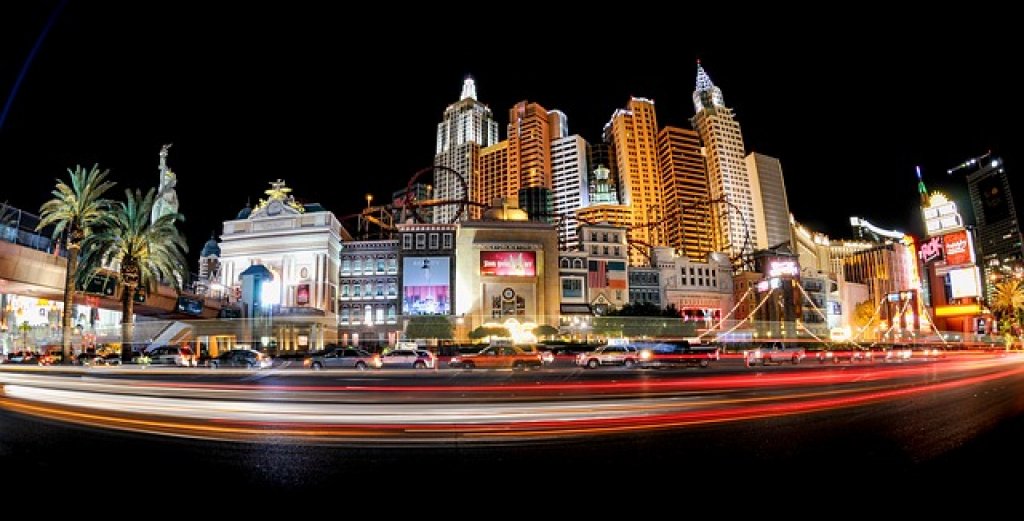 It is the most famous street of Las Vegas, also known by its real name, which actually is Las Vegas Boulevard South, where focus most of the hotels and the city's casinos. 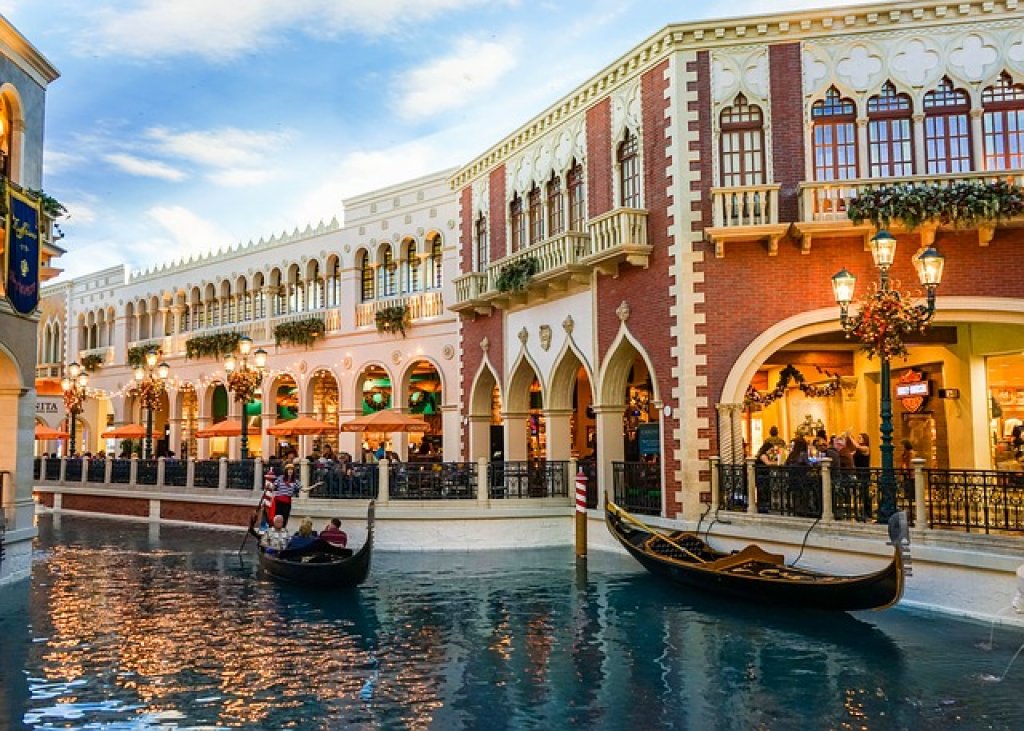 On the aforementioned road stand the most special and spectacular hotels, famous for having been built following the themes, such as The Venetian, which as you can understand from the name is inspired by the city of Venice, with gondolas and bridges included. The New York-New York, with the Statue of Liberty in pole position, or even the Paris, with the replica of the Eiffel Tower that is high half of the original and the Excalibur Resort Hotel, to experience a night in a castle. 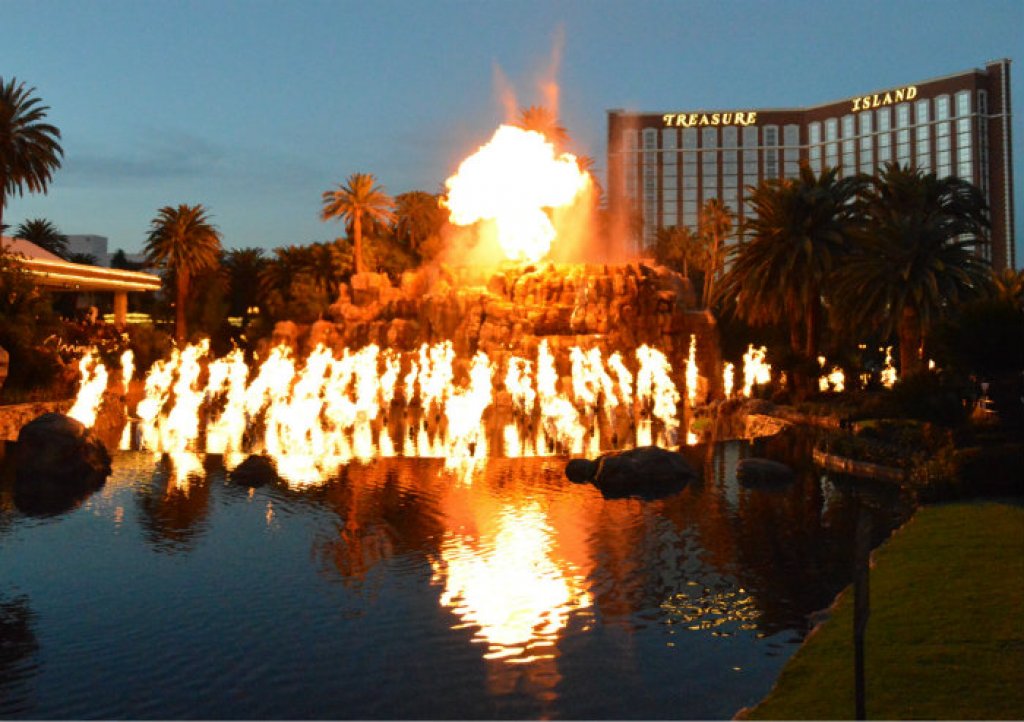 One of the most famous casinos in the city, because of the volcano about 16 meters high reproduced outside, able to simulate an eruption with lava and flames. 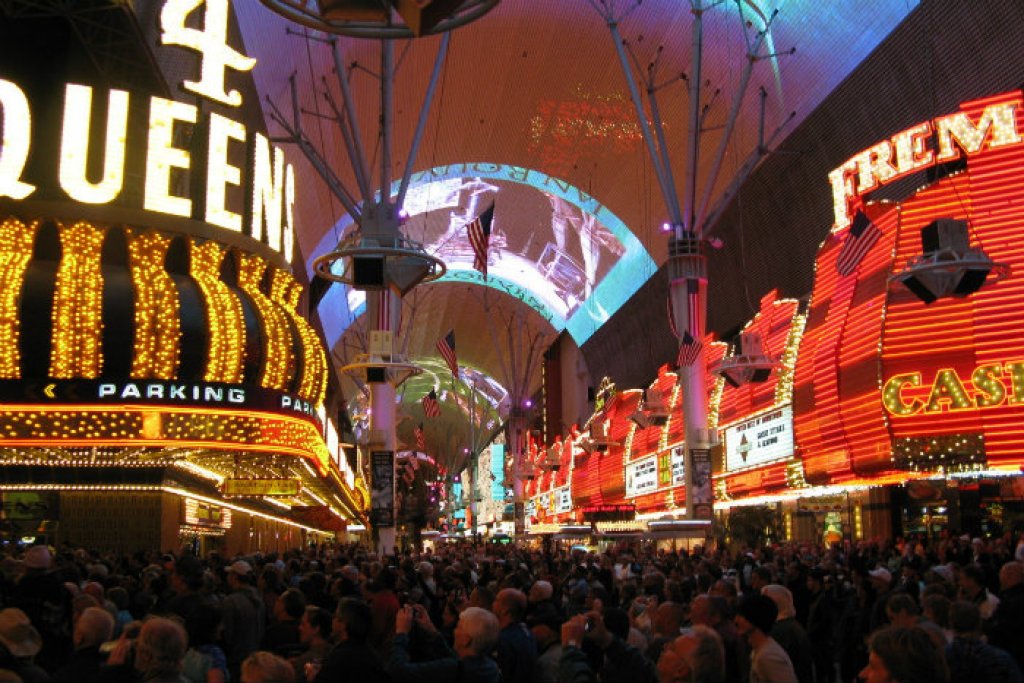 Immediately after The Strip, Freemont Street is the second most famous street of Las Vegas, the pedestrian area offers entertainment and special events at all times, if you want a casino, this is the right way. 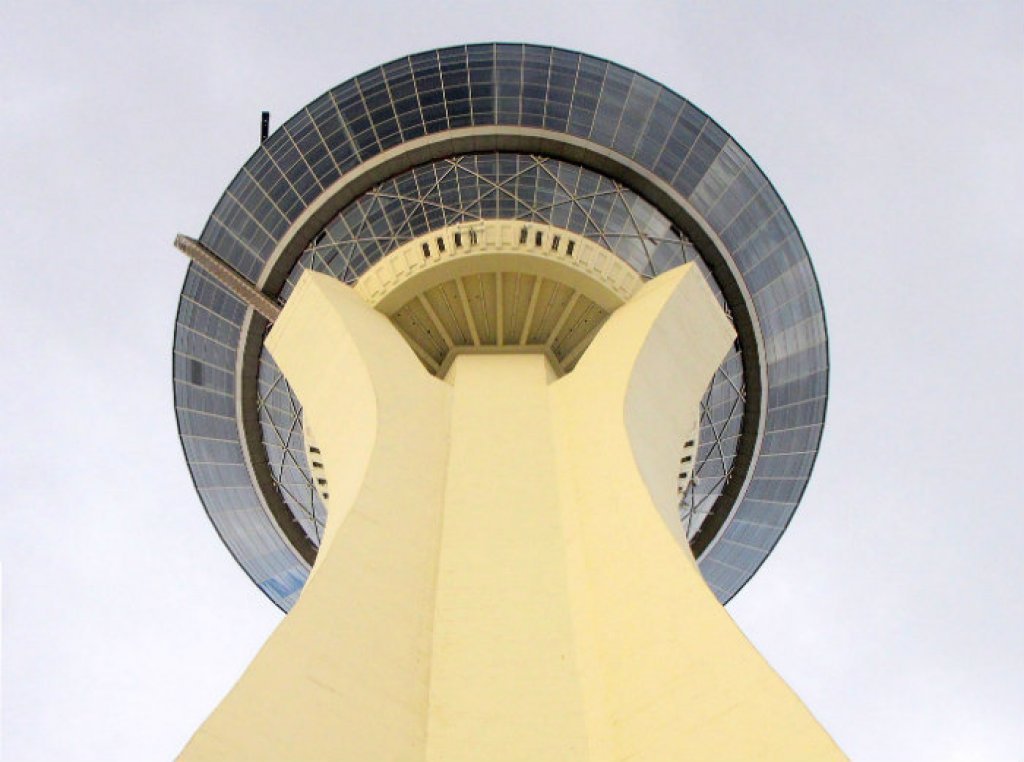 If you want to see the high town, you must to go up the Stratosphere Tower, which by the name says it all, high 350 meters, and appears to be the tallest tower in the United States. On top, a joust is called Insanity, who spins the visitors into the void. Crazy right?